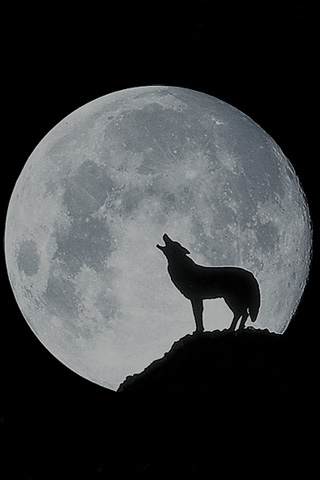 The DH took the terrors to something that involved cars chasing each other in a circle, and I was allowed to opt out.

So what does one do with a few precious boyless hours?  They go to see Eclipse, of course.  I did not go opening night or even opening weekend.  Y’see, I know how the story begins, middles and ends.  So there isn’t much risk of someone slipping me a spoiler.

I went to a matinée, thus saving myself a few bucks.  This is important to me because it helps offset the shame I feel at liking this whole stinking pile of a franchise.  And before you send in scathing comments realize this:  I have read every book, and have seen every movie.  I am a Twihard.  I am a Twilight Mom.  Bleck.

I knew several people who had seen it already.  My sister basically said that it was the best of the three, and I agree.  In case you were wondering, this is damming by faint praise.

Granted, we all know that there is nothing Earth shattering about these stories.  Bella has made it very clear by now that she is (mistakenly) choosing Edward.  Even if you haven’t read the books, you know that there will be a big war between various vampires and werewolves.

And if you were paying attention during the teasers, you would realize that Esme suddenly has very dark hair.  I think they did this to make her more menacing.  All they managed was to make her look creepy, and she is supposed to be very housewifey, so I’m not sure why.

Ron Howard’s daughter did fine as the even more homicidal than normal vampire Victoria.  But there was no good reason to get rid of Rachelle Lefevre, who played her in the first two movies.  She was way more creepy even with way less screen time.  And honestly, the actress switch was distracting.

Jasper’s Southern drawl appeared from out of nowhere.  Though it was correct for him to have it, I didn’t remember it from the other movies.  Then again, Japser has about 2 lines total in the previous movies, so whether or not he was supposed to have an accent probably didn’t seem so important.  That or the people involved with these movies didn’t read ahead at all, and didn’t realize he was supposed to have an accent until they started scripting this movie.  I’m going with that.  I doubt deep prep was on anyone’s minds when working on these.

Speaking of Jasper I have issues with whatever crackerjack team they assembled to do the styling for him and this whole picture show.  Why is it that they can’t lighten Rosalie’s eyebrows?  She looks like a bad Madonna impersonator.  Why is Jasper’s hair suddenly red?  And Esme’s black?  Bella appears to be sporting a bad wig in some scenes, and Edward is still encased in dirty-water-grey makeup.  Oh yeah…that’s sexy.

Billy Burke (Charlie Swan) was the only stand out for good acting (cough cough Jackson Rathbone).  He was snarky and funny and his timing was impeccable.  Note to producer:  more Charlie.

Humor.  There were lots of one liners, including Edward wondering if Jacob “owns a shirt”.  I often wonder the same thing, though certainly for the opposite reason.

Taylor Lautner.  While he still has a long way to go as an actor, when he nails it, you see what he might grow into.  Sure, there are plenty of times when he is so self conscious about what he is doing that it looks like a bad high school melodrama.   But he’s leaps and bounds better than the other main leads.  Yes, I know I am biased about anything Jacob, but he really is getting better.

I will say that Robert Pattinson does a much better job.  What’s Her Name still seems to be relying on smell the fart acting.  That little face is screwed up so tight I’m worried it might actually get stuck that way.

The fight scenes were good, the CGI is living up to it’s potential.  I could have done with much more action.  It was a nice touch the way the vampires crumbled like brittle marble when slaughtered instead of bursting into flame.  And they finally seem to have figured out how to make the vampires run without looking like Looney Tunes characters.

Overall as a movie, it gets a:  favorable if you like that sort of thing.

One thing I do like about the movies is that they seem to be trying to make Bella a little tougher.  It is the biggest fault (in a very long list) of the books.  Bella is such a reed in the winds of whatever Edward wants, it makes me SICK.  While it’s true that teenage girls are like that, you don’t have to write your protagonist like that.  After all, if you are going to ask for suspension of disbelief so the boyfriends can be a vampire and and a werewolf, couldn’t you  give Bella some balls?