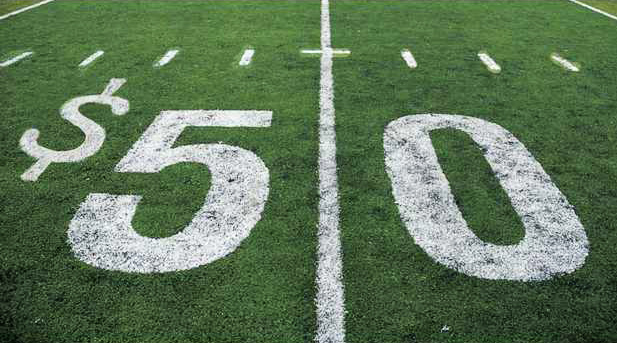 I am referring to the sad state of affairs that is NCAA athletics.

The debacle at Miami is just the most recent in a long and deep list of how this system is set up to lure kids in with visions of glory, and then make MILLIONS of dollars off of their athleticism and hard work, then dump them into the world with dubious educations and, for the vast majority, no hope of a pro career.

There is this ideal that college sport should be for sport’s sake. The players should not be, and by NCAA laws cannot be, paid more than the offer of a full ride to the institution of their choice.

Never mind that Notre Dame penned a deal with NBC extending their contract another 5 years. They made nine million a game off the last contract. I would imagine the numbers are roughly the same in the new deal. They rake in untold amounts in ticket sales (we have season tickets and I can tell you they make plenty off us), concessions, and bookstore traffic on those weekends. They benefit in attracting students with the promise of an exciting sports program. They revel in the prestige that they garner when things are going well. For adding all this revenue to the University the players get Squat. Nothing. Zilch.

You might say: “Sarah, college players get the benefit of a first class education at an institute of higher learning.” Ah yes, that would be true if these boys were in the general student population. How many of these guys are engineering students, or biology majors? Most universities certainly don’t go out of their way to push them into demanding majors. They are there to play sports, not learn anything. They are put into cushy majors with faculty that are willing to play by the rules so everyone is academically eligible to play. There was a recent article about this strange phenomenon, which they call “clustering”. How surprising it must have been to find that 50% or more (at some schools) of the football players are in the same major. The NCAA overlooks that, because they wouldn’t want any of the famous players sidelined for something as silly as academic ineligibility. That wouldn’t be entertaining.

These boys go out on the field risking catastrophic injuries to entertain us each weekend. They have little hope of being a pro player. In 1998 there were just under 59,000 boys playing NCAA football. There are roughly 1,600+ professional slots. You do the math. Most of these boys will never even see a training camp. So the idea of NCAA programs as a farm system for the pros is a little misleading, wouldn’t you think. Sure, if you go to Nebraska or Texas you might have a good shot at being one of the four guys picked off your team. Most of these guys don’t play at Nebraska or Texas.

Why can’t something be worked out so that the majority of the guys who will end up in middle management somewhere can reap a little of what they made the Colleges they played for? Because the Colleges don’t want to share. They may spout all the right talking points about amateurism and the purity of college athletics, but the Miami revelations only confirm what anyone who has been to a University with a big NCAA team has known all along. There is nothing pure about college athletics, nothing amateur.

The one ray of sunshine in the evil fog of NCAA sports was the decision this week by the NFL to uphold the suspension of Terrell Pryor, who fled OSU and his last year of eligibility to avoid serving the 5 game suspension that the NCAA handed down. Now he will serve that suspension for the first 5 games of the pro regular season. Thank God the NFL has some balls. They didn’t want the supplemental draft to be the halfway house for wayward NCAA players and I agree with them. Tressel says he volunteered to serve his suspension by sitting out his first handful of games as a gameday consultant for the Colts (what exactly is that anyway). Yeah…right.

So, how do we find a way to share the wealth a little with the players? Sure, you can’t officially give them anything now, but what about in the future? There has to be some way to form a trust. Something that they guys can apply to after they get to 30 or something. They could get grants or interest free loans for a down payment on a home, money to seed a business, funds to help with chronic health issues. There are much smarter people out there than me, someone should be able to come up with a reasonable way to reward these guys without it messing with them while they are in college. Make the dudes who make it in the pros ineligible for this superfund money. It has to be possible.

I know that I enjoy watching the college games, but more and more I feel like some kind of pervert contributing to the player’s delinquency. I can’t stand to watch coaches pen multimillion dollar deals while the boys who toil and sweat get nothing.

Argue all you want, I still will argue that compared to what they give, they get so little it is a joke.