The title is a private joke.  Some day I will tell you all about it.

I think a good time was had by all at the party on Saturday.  I got wasted due to the fact that I ate nothing but breakfast that day.  Surely I said something offensive or angered someone.  So far no one has come forward, so it must not have been too bad.

The house turned out well. 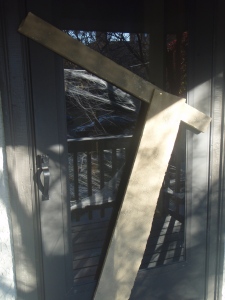 I boarded up the door

Put out the Demon Dog House (the boy’s idea), and got ready for the guests to arrive.  While working on the interior, my friends with a competing party managed to get this:

into my yard.  I love it so much I have already carefully stored it away for next year.

Inside I lit, let me rephrase…Shaggy and Fred, lit all 3,000 candles and I ran classic silent horror flicks on the flat screen.  There were colored drinks, pumpkin ale, and tons of sangria and whatnot to go around.  A certain someone had to drink Old Style out of a Wrigley Field cup to make up for ruining the Project Runway finale, but everyone else seemed to enjoy the libations.  I also made a cake (’cause that’s what I do) 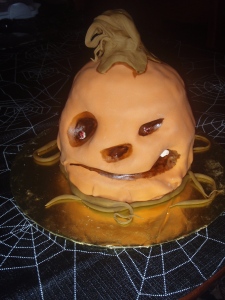 There was a chocolate pie with gummy worms in it, deviled eggs with brown centers, blood spatter red velvet cupcakes, and all other kinds of goodies.  I forgot to take a picture of the mummy pork loin, but my sister is planning on making a Baby-Jesus-in-Swaddling-Clothes one for Christmas, so there was no point (hers will be better).

The real stars of the evening were all of my friends in their costumes.  I can’t thank everyone enough for going all out in that department.  I guess we’re all just kids at heart. 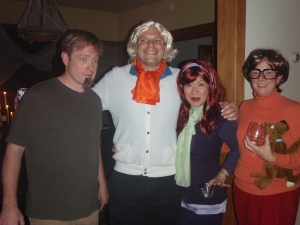 And I would have gotten away with it too... 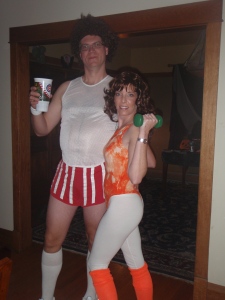 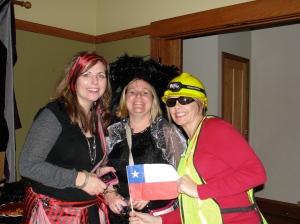 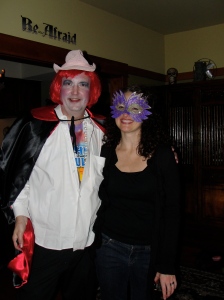 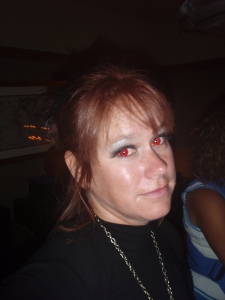 This is where Melissa (in her Junior High Cheerleader costume - b*tch) showed me that my shirt is see through in flash photographs. Thank God for press-on boobs and Photoshop.

I am still giggling…  I couldn’t post a picture of everyone in costume.  There was also a cat herder, a sixties mod girl, Beetlejuice, a Star Trek officer, a 50’s housewife, a Grim Reaper, and the list goes on and on…

My head hit the pillow at about 2am, and I managed to get most of the house cleaned up through my morning-after haze before the boys returned from the campout.

Some of the recycling

I had so much fun.  People say I throw a good party.  I simply reply that it’s easy because I always have great guests.  Thanks again everyone!